The characters in "The Star I Follow" are much more than just regular people,
They all have a story to tell, they all have a pain to share,
for their families, their rights and for their religion. 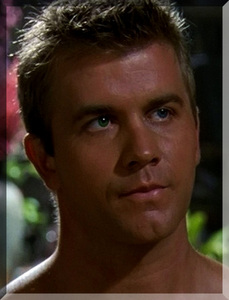 Character - Jeremy
Jeremy is the leader and founder of the
christian outlaw organisation "Black Hawk" since 14 years ago.
He is one bossy, independent man who grown up inside New York streets
since he was a 12 year old kid. Had no parents, they found murdered
in a street in NY and since then he put to himself a personal quest to find and kill the responsible because the police closed the case soon after their death,
claiming that the lack of evidence in the crime scene wouldn't lead
anywhere but to more confusion, and he left alone without anyone else,
learned how to live along many gangs in order to survive, gaining cleverness
within crime, deception and tough life until 1992, when he founded
the Black Hawk with 11 others to defend the christians from the
continued muslim attacks in New York city back then.
Soon the hawks claimed immunity from the police and government,
rapidly become famous all around USA for protecting christians with extreme violence, the police still can't do a thing to Black Hawks because of their agreement in 1996.
Jeremy is also married with a member from the hawks, Cecilia and since then they were both leading
the organisation by organising protests, riots and concerts against corruption and restriction to free speech from the police and government, but always within their city.. for their people.
Even though he is a pretty bossy man, he has an unusual weak spot for an outlaw leader, homosexual people.
When he was in a riot in 2001, a homosexual man sacrificed himself to protect Jeremy from an incoming bullet.
Since then Jeremy became one more fair and much less racist person, and there was no one else that was better for the job.. Jeremy was an icon, a legend to the members within his organisation. 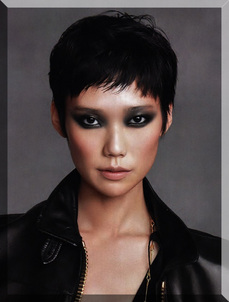 Cecilia is one very bossy, independed and strong woman.
Married to the leader of the "Black Hawk" Jeremy, she is co-leading the
organisation with him and everyone shows respect.. or fear to her.
Her story is quite a drama (as most of the hawks) and it was hard to stabilize it.
She left her home when she was 17 after murdering her mother for something
complicated that had to do with her father's disappearance, who she loved a lot.
The police had no evidence of her guilt, she claimed that her mother commited suicide when Cecilia wasn't home and thanks to eye witnesses
(2 members from Black Hawk) she almost had no problem with the law and soon
the case got close. Although she born in USA she despises everything that
the so called gangs are doing in NY and she calls them amateurs.
She easily joined the Black Hawks and since then she become a pretty much emotionless woman, no one in the organisation dares to question her emotions or personality due to her attitute and the fact that she was woman, let alone that she was leading them.
She is the 1st woman in the ogranisation who ever managed to be a leader, no other woman before her in the history of the hawks was a leader, ever. Cecilia is also an excellent fighter with a nine year old training on martial arts, a 4 year training on assassination technics and a 3 year training on muai thai, she is considered
unbeatable in combat. She loves Jeremy a lot, he is from the very few people she trusted in her whole life
because he actually saved her from falling to drugs and bad life after the death of her mother.
What he found on her is a mystery and no one else besides the couple itself know about their relationship.
Only Jeremy knows who is the real Cecilia behind her cold personality, and only he trully understands her. 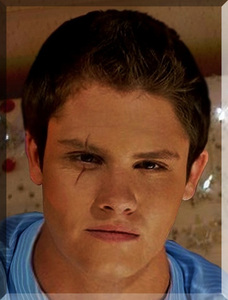 Character - Matt
Unlike the fact that he is a hawk, Matt is an incredibly fair person who
won't betray anyone in any way. Many believed that this was his weakness and
tried to take advantage of it but with no result, he doesn't trust anyone.
His father can easily be a part of the most backstabing people in the entire world as he tried to gain the trust of a woman named Eva for gang purposes
and when he succeeded that, he accidently left her with a child inside her.
He never wanted to have a child and he left her alone without home or money,
Eva didn't really want this child to be born either but the pregnancy was already at an advanced level and she had no choice but to let it born.
And that child was Matt, with a mother who gave him away at very young age to a random woman in New York. That woman though raised him inside a weathy and rich enviroment with love, giving him everything that his real parents never would. When Matt was 10 years old she told him everything about his parents because his real mother gave away her story as well when she gave the baby to her. Matt didn't know what to think.. why? Why his parents hated their own child? Why his stepmother didn't inform him about it earlier? Questions that no one could really answer.
But questions and answers didn't really matter, he wanted to meet his parents..!
Even though he loved his stepmother he left from the mansion when he was 15, to look for his parents.
And by asking around it didn't take him long to see his real mother face to face, and scream to her WHY?
His father (returned to Eva when she left Matt) went to the apartment quickly, tried to stab Matt with
a sharp knife but Matt bend over, and the knife cut his right eye until his cheekbone.
Luckily, he got rescued by a Black Hawk that was near and he took him in the Hawks territory.
Since then he grown strong and learned everything about the world's hypocricy and deception,
sweared to himself that he will take revenge from his parents one day.. 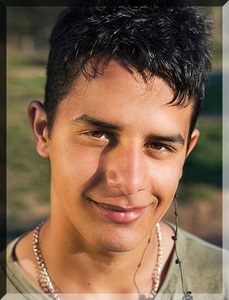 Character - Jamal
Jamal is a very deep person, everything that he says is truth and
he is very deep thanks to his religion Islam.
He lives in New York, in a little Muslim territory under his parents
care since he was born (Ali and Jehrad).
He is a very religious person who prays 5 times per day since he was
very young because of his parents, who still support Sharia law and medieval
anti-christian traditions which he hasn't learn yet, and don't want to.
Thankfully he won't have to because their current Caliph doesn't support it.
Jamal loves animals very much, once he even got into a dangerous avenue to
save a dog from an incoming track, risking his very own life.
Unlike his peaceful ways he is a pretty hardworking person and an
excelent body trainer with a well looking body, he is working out 2 hours per day after praying. He is also a very positive, emotional and brave man and everyone around his territory knows that, he has the will to do many extraurdinary
things and always follows his heart without second thoughts or questions and thats the thing that made him
pretty known in the Islamic territory that he lives, everyone that knows him has nothing else to say besides
good and positive comments about him, he is the pride of Islam itself according to all them.
Many fathers have offered to his father their daughters to marry him, but Jamal rejected all of them.
It's just not his type to get married yet even if it's an important thing to get married as a Muslim, he
feels that he is incomplete and getting married is not the answer to his questions.
He is dreaming that one day the entire world will be peaceful, and everyone will be looking after each other. 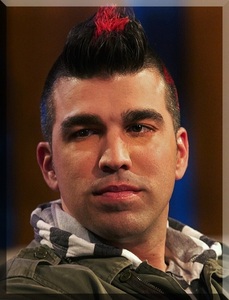 Character - Bobak
Bobak was a very interactive person while he was the
captain's right hand on Tiberanic. He tried his best to be friendly with
everyone, Even at the hardest of times. When the ship was sinking, he did not
abandon the people and he stayed on board, helping them to operate the lifeboats even though many were telling him to leave the doomed vessel.
He left the ship with lifeboat number 16, the last one that was operable.
After that he spend the next hour crying in the hug of a little girl, looking at his ship's stern raising towards the sky while he was hearing the screams of the despaired passengers that were still onboard, dying.
The sinking of his ship costed him a lot, the people who lost their lifes that night sorrowed his soul, he completrly lost his cheerfulness.
Bobak spends his time in USA trying to arganise a court to bring justice to the
ones responsible.. hoping that this will bring faith to the survivors again, especially to an innocent 16 year old boy who lost everything on Tiberanic.
Bobak will try to get close to him and all the survivors to remind them that this is just the beginning, he will put his entire being in order to bring justice for the souls of the people.
Many survivors are blaming him in USA, even if they know that he stayed on the ship until the last hour.
The crew members doesn't have the "best" comminication with the survivors, many of them lost
family members and the crew is the 1st to blame in their eyes.
Bobak doesn't feel any better himself either,  thinking that it was actually his fault with all the survivors wanting a scapegoat to blame. No matter he doesn't blame them and he won't stop accepting
the blame for his people to feel better but, how better can anyone feel for blaming
someone who tries his best to help when everyone is against him?