Ever wondered why the Royal Greek Cruise Ship Tiberanic is the best ship in the world?
Here you'll find out why..

Here's the thing that makes Tiberanic really shine, we are talking about top class accommondations and very beatiful indoor areas, inspired by the most famous interior designers ever lived.  Let's take a quick look at their inspirations and what they did!

The results of their unique combination?
Amazigly beautiful indoor areas that reflecting a unique contrast from deck to deck
that the passengers can keep exploring for long without getting bored.
Big apartment cabins that even though they do not have any balconies, (like many other
cruise ships) they have something that no other cruise ship managed to offer before..
The feeling of being home when you are actually onboard
thanks to Lauras's and Clodagh's inpiration.
These apartment cabins are like apartments with 2 or 3 bedrooms, a luxurious
toilet as well as a luxurious living room with a little kitchen..
something that the passengers can only find inside 5 star hotels on the land!
But compared to Tiberanic's indoor areas and hallways, the apartment cabins are
only a tip of the luxury that a passenger will find onboard this Greek palace.
The interior areas are absolutely breathtaking with some of them being ultra luxurious,
but unlike the apartment cabins.. the interior areas were public!

Let's take a quick look at some of them.. 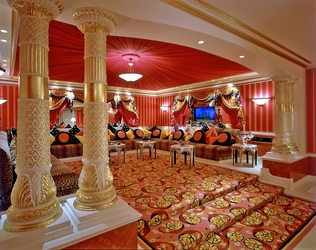 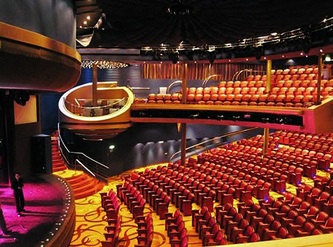 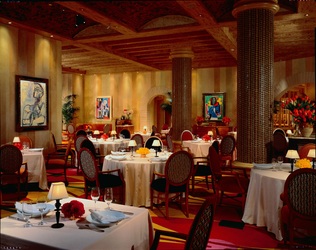 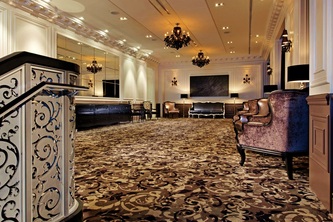 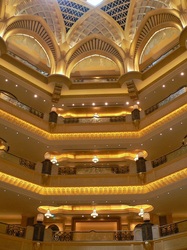 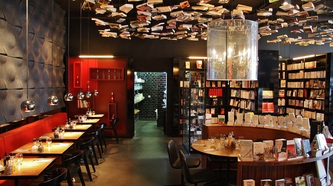 Laura Day and Clodagh agreed
They said:Tiberanic is a real priceless diamond and the very lucky passengers that will travel on her
will experiance an unforgetable cruise inside never seen before breathtaking luxurious areas,
they will remember Tiberanic for years!

The miracle that is called
"Airgus Turbine" 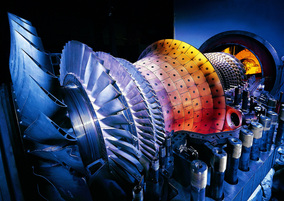 Siemens Airgus Turbine (Under Construction)
There are only a few details released about Tiberanic's
central Airgus turbine that is powering the ship.
This powerful turbine is a piece of art and Vasilis has paid a huge amount of cush to make Siemens built something like this!
Almost every detail about it's horse power, how it operates or work and even it's waight are unknown to the public.
Even though the details about the turbine are from a few to none, they are enough to make you wonder how it got designed to built!
FACTS
The airgus turbine uses gas combined with air and sea water.
This turbine has been built by Siemens as a top secret project.
It's powerful enough to move even a 100 tons solid object
on the ground without wheels!
This turbine uses ONLY 6% electricity from the ship's overall electricity
power which considered impossible but it's been tested and later got proven.
It's the most powerful turbine in the world
and is capable to increase the ship's speed at very high levels.
Also considered impossible due to Tiberanic's massive tonnage and size but it's been tested and
Tiberanic reached 36,57 knots!
(Making her the faster cruise ship in the world).

When we talk about safety things are getting really serious to exterminate the slightest posibility for problems that the passengers may face onboard and this is where the crew members take part to help with little misunderstandings that the people may have, to guide them on the ship hallways, to give them instructions and pretty much everything.

These little things happen every day during cruises, it's very common.
Therefore there are many other more important things that crew members have to take care of
for the passengers and again, every day (some of these are the programmed meals,
activities, entertainment, cleaning atc).
These things may seem little to you but for Tiberanic's crew they are important,
these will ensure a pleasant cruise for every passenger onboard.
There are no exceptions for the crew.

This is one major aspact that makes the ship's technology so advanced because with this,
crew members have less to worry about, the defence system is
automated and ensures the vessel's safety with..
Damage sense covers all of Tiberanic's 42 watertight compartments exceptionally.
If the damege sense detect incoming water in any of the compartments, it will enclose the
compartment within 30 seconds and will immediately inform the bridge
with the incoming water's amount and speed statistics.
No other watertight will get effected by the damage sense besides the damaged one(s).
The crew will have to inform the passengers if this is a case of emergency by
broadcasing themselves to all of the 4024 speakers onboard.
Of course the possibilities for this to happen are from slight to none thanks to the live GPS coverage
that the defence system has, and the fact that the ship's shell is made of chromium,
which is pretty much impossible to damage, even a missile explosion won't harm the shell!
The passengers cannot be any safer, on any other ship, of any kind.
An insurance like this is ONLY Tiberanic's feature.